As part of AGBU’s women’s empowerment initiative in the Republic of Armenia and its programs designed to close the gender gap in society and business, three AGBU groups in the organization’s global network observed International Women’s Month in March with virtual events organized in Lebanon, New York and Brussels.

Each event served to address specific aspects of the ongoing struggle for women’s rights, and to show how the stories of Armenia’s women fit into the larger narrative of universal issues faced by women around the world.

Arda Haratunian, AGBU Central Board Member and Co-Chair of AGBU EmpowerHer – a multi-faceted program that provides aspiring women in Armenia with the knowledge, skills, and support systems to succeed as entrepreneurs, employees in the IT sectors, or leaders in civic society – explained why Armenia’s women deserve recognition. “Their resilience and resolve to pursue their career goals, despite a year of devastating war and raging pandemic, is something all women can celebrate,” she stated.

Agendas ranged from a film screening and panel discussion to networking opportunities and candid conversations with a successful Armenian film producer, all different yet all tackled various aspects of women’s rights and advancement in society. The first event, organized by AGBU Lebanon, highlighted a lesser-discussed aspect: the toll that lockdown isolation has taken on women’s rights. Women Coping with the Pandemic in a Warzone was held on March 5th with a diverse panel of women’s rights experts and nearly 100 participants. The thoughtful discussion raised awareness about the wide-reaching abuses of women since the pandemic which have been further exacerbated in conflict zones. “The pandemic is certainly global, but it is experienced in a radically different way if you’re a woman, and a mother, and responsible for families, especially in poor countries and warzones,” noted Dr. Carol Mann, Founder of Women in War Think Tank. This remark certainly rang true for the other speakers, including representatives from Arab Institute for Women, Shelter and Settlements at IFRC; AGBU Women Coders, AGBU Women Entrepreneurs (WE) programs; activists and doctoral candidates; Facebook MENA; Forward Film Production; KU Leuven; and Every Woman Treaty.

“Emergencies never end when political crises end. In fact, for women, emergencies continue, and they take on new forms,” said the executive director of Arab Institute for Women Dr. Lina Abi Rafeh. “COVID has been a generation-defining event, but also a gender-defining event. The title of this conversation that we’ve been having is Women Coping with the Pandemic during a Warzone. That’s what we do. We cope constantly under every circumstance no matter what the world throws at us.” The panelists concluded that women have coped by effectively using social media and digital technology to speak out and stand up for greater gender equality.

Building off AGBU’s sold-out 2020 “Women Shaping the World” where the landmark EmpowerHer program was launched, the second event served up the abridged “EmpowerHour” on March 11th – an interview with AGBU alumni Katherine Sarafian, a Senior Vice President and Head of Talent at Pixar Animation Studios, moderated by Kim Bardakian of the Kapor Center. AGBU Central Board member Arda Haratunian introduced the program with an update on the women’s entrepreneurship initiative that forged ahead in Armenia and Artsakh through the double-edged sword of the pandemic and war. “Women are more committed to these programs, figuring out how to pull our country together. They are the women who will change their communities, they will change their futures, and through that, they will change our nation.” The chat was followed by a networking session via small breakout rooms. Sarafian discussed her journey from AGBU to her role at the once-tiny startup Pixar, and how the Armenian community has supported her throughout her professional journey, which she felt as “a giant Armenian hug worldwide.” When asked how she balanced her work, personal life, and everything in between, Sarafian answered, “I don’t balance it. I’m getting used to stuff falling apart and breaking. I’m trying to get better at deciding what kind of breakage really matters to me.” Liberating oneself from guilt, Sarafian said, played a massive role in her decisions during the COVID-19 pandemic, in addition to learning to acknowledge priorities through evaluating worst-case scenarios. “I cannot be the fullest and best leader and at the same time the fullest and best mother. I try to be protective and focused and present in the time that I’m doing either thing.”

The final event took place on March 15th from Brussels, in partnership with the Bozar Center for Fine Arts, with an online film screening and discussion with director, reporter, and photographer Silva Khnkanosian. Nothing to be Afraid of is an immersive documentary revealing the resilience of female mine-clearers in Artsakh working in the former combat zone of the Lachin Corridor.

“Even though every one of these women has a very strong personal story which led them to work as deminers, my film is not about these stories,” said Khnkanosian. “What was really interesting to me was to show these women in the actual work process, fully concentrated in their task, in these very dangerous and difficult conditions.” Anita Khachaturova, a political scientist completing her Ph.D. research on the Nagorno-Karabakh conflict wove in the current war into the question-and-answer portion of the event, noting the increasing importance of female mine-clearers. “So many banned weapons have been used on the territory of Nagorno-Karabakh in the last war, including at least three types of cluster munitions. It will take time to clear the region from all the new explosives.”

The ensuing dialogue couldn’t have been more relevant and necessary, considering the effects of the 2020 Artsakh War and its burden on mothers and women who have lost loved ones. “The film screening was a great opportunity to shed light on women from a region that is still little known in Europe, despite being the theater of a conflict which has remained unresolved for decades now,” commented moderator and AGBU Europe communications manager Céline Gulekjian. Though the three events tackled varying topics from professional development, the effect of the pandemic on women, and using film as a way to portray the plight of women in Armenia, evidently, the main message was resoundingly clear – women worldwide have a vast capacity for resilience in the face of adversity, no matter their background, status, or lot in life.

To watch the online conference “Women Coping with the Pandemic in a Warzone”, click HERE

To watch the conversation around the film “Nothing to be afraid of”, click HERE. 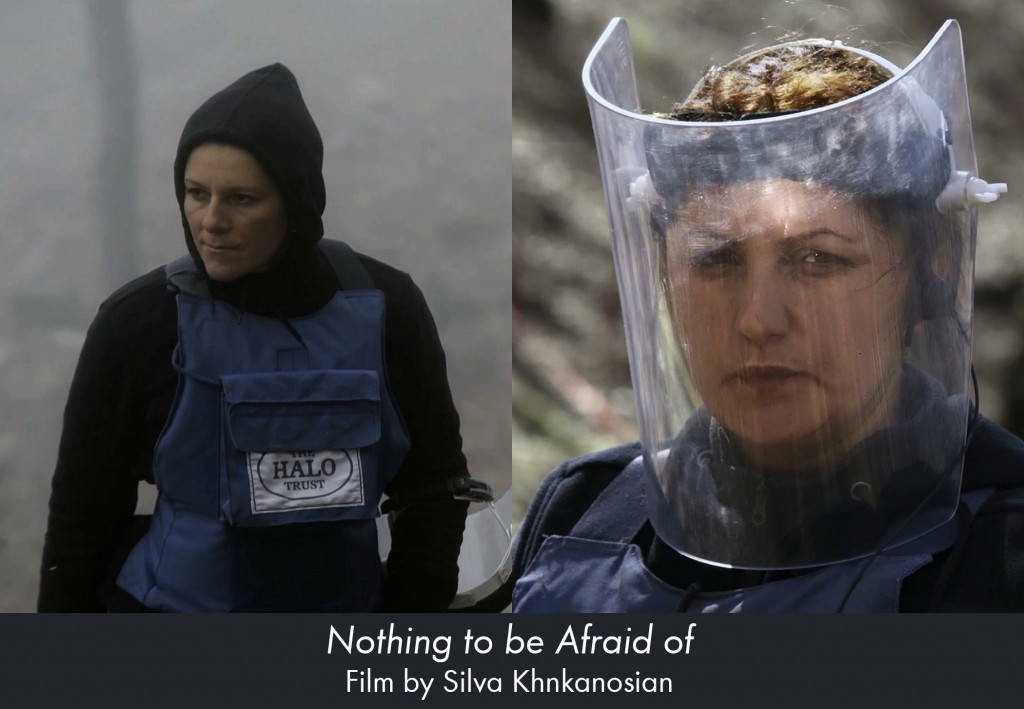 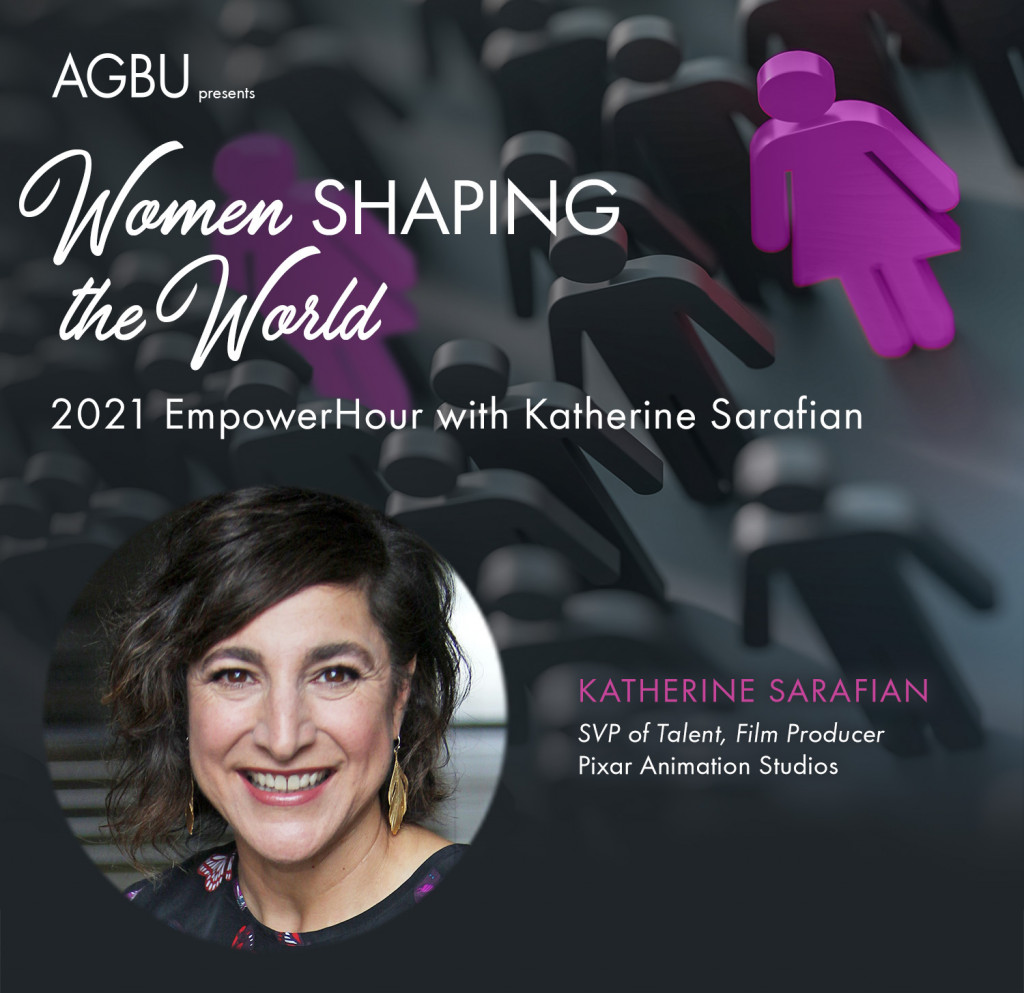